Some Key 2001 Peace Events and Projects 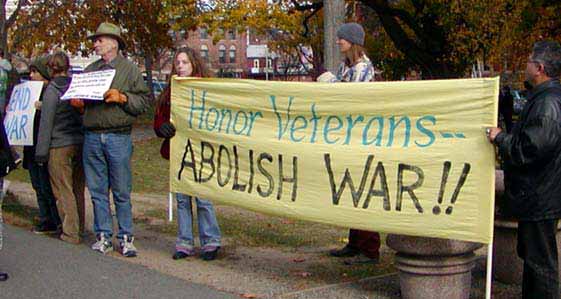 November 11, 2001 - Over 130 people gathered indowntown Amherst at the Common for a Peace Vigil on Veteran's Day. This Peace Vigil has been on-going for over 22 years at 12 pm each Sunday in Amherst. The vigil was a peaceful reflection on non-miliary responses to the Sept. 11 tragedy. Another group had gathered in support of the war prior to the Peace Vigil. Though some of the pro-war demonstators engaged in heckling, a few others engaged in dialogue when approached by those in the peace vigil. Check out the photo album of the Peace Vigil. 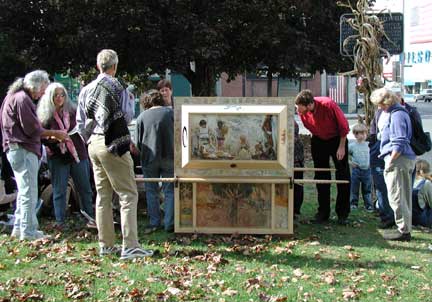 Oct 21:  The Ark of Hope visited All Souls Church, the Greenfield Common, and St. James Church. Volunteers Walked Ark of Hope & Earth Charter from Vermont through Massachusetts to NYC:(photos by Charlie Jenks).

The Hibakusha/Hidankyo Organization nominated for the NOBEL PEACE PRIZE 2001